Most popular food orders of 2018 in Turkey

Burgers, döner and lahmacun were the most ordered foods in Turkey in 2018 on yemeksepeti.com, data by the Turkish online food ordering company have shown. Burgers, döner and lahmacun were the most ordered foods in Turkey in 2018 on yemeksepeti.com, data by the Turkish online food ordering company have shown.

“If you put all the hamburger orders of 2018 on top of each other, its height would exceed Mt. Everest’s height by 210 times more,” yemeksepeti.com’s 2018 almanac stated.

The number one ordered food item was hamburgers, as was the case in 2017. 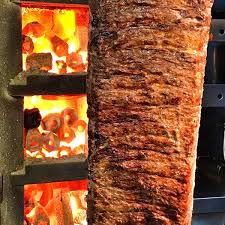 Döner, also known as the turning kebab, is one of the most popular street foods in Turkey. It is generally consumed with a tortilla-like bread called “lavaş,” in the form of “dürüm,” some kind of burrito, or over a bed of rice.

Lahmacun, on the other hand, fell back to third place this year from second place in 2017. Lahmacun, also known as Turkish pizza, is a crisp oval-shaped flatbread consisting of spicy and seasoned ground meat.

Another delicacy of the Turkish cuisine, “çiğ köfte,” which means “raw meatball,” was ordered 65 percent more this year compared to last year.

In 2018, sea foods made a breakthrough with a 70 percent increase in its orders.

As reported by yemeksepeti.com, most orders were placed in December and on Sundays.

Among 11 million users, those aged 22 placed the most orders, the statistics showed.