The massive protest of students has entered its 4th day, a day which coincides with December 8, Youth Day recalling the student movement of 28 years ago that also led to the collapse of communist power. The Albanian government on Wednesday gave in to demands from students and canceled a double charge for repeated exams but said it could do nothing about the level of tuition fees because these are set by the individual institutions, which are partially self-supporting.

Thousands of students of public universities have blocked a main road in the capital, Tirana, protesting in front of the Education Ministry. They say they will boycott school until their demands are accepted.

The students meeting has started in front of the University Corps, and then with banners in their hands they have marched towards the Ministry of Education.

"We call on all students of Tirana, all high school students, Tirana citizens to join us". They spoke to them the day before asking the politics to stay away from them.

Meanwhile for the third day students of the University of Shkodra Luigj Gurakuqi have continued the protest.

Although in heavy weather conditions and with constant rainfall, they continued to protest at "2 April" Square.

Their demands consist in lowering the average grade in school, sponsoring the Shkodra University budget for scientific expeditions and putting the full effect of the new building in January 2019. 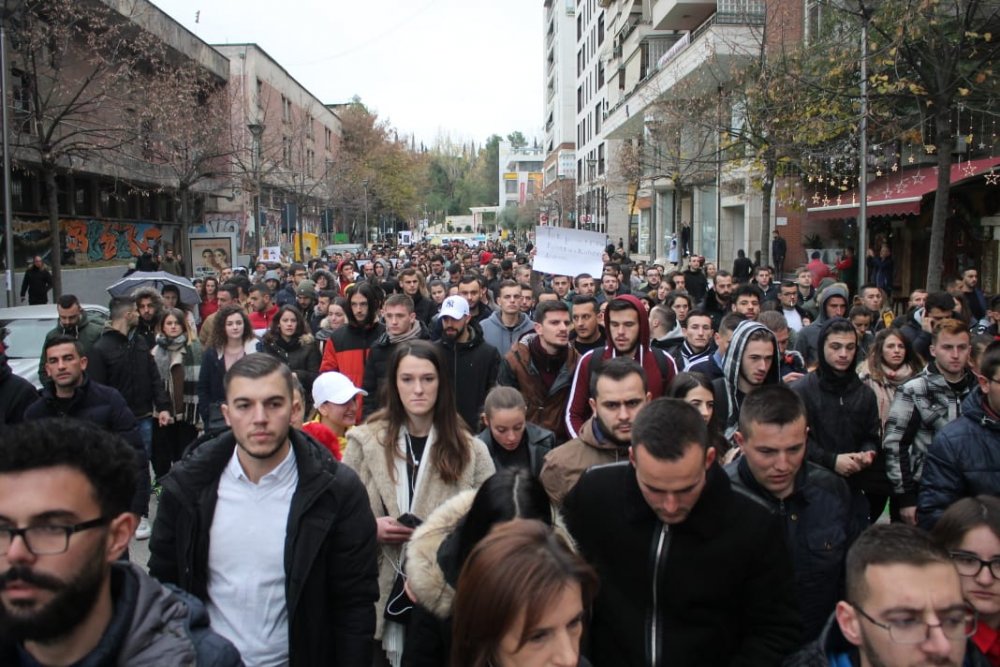 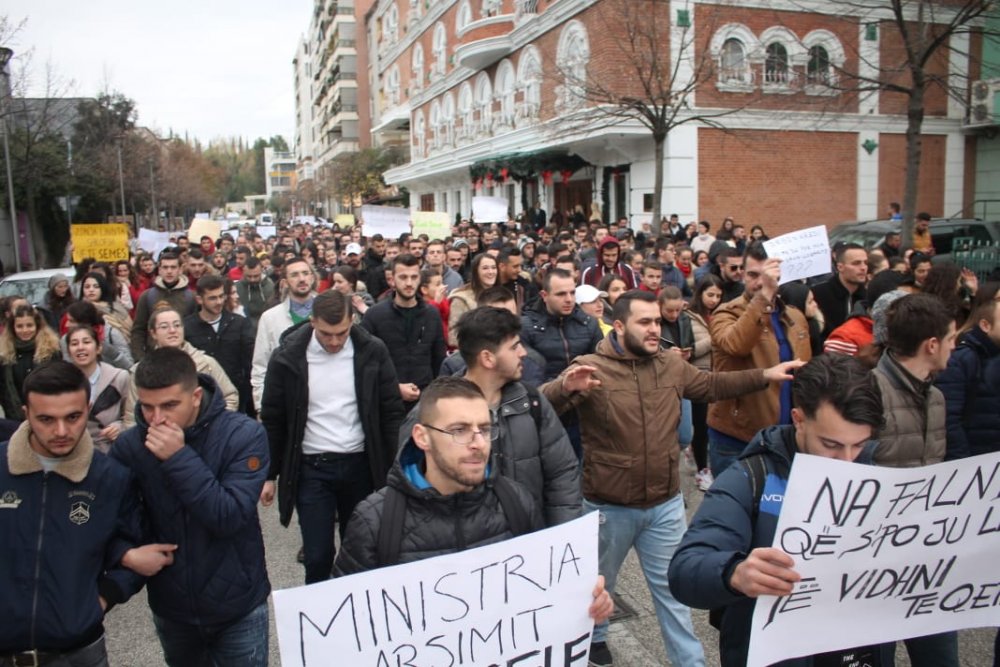 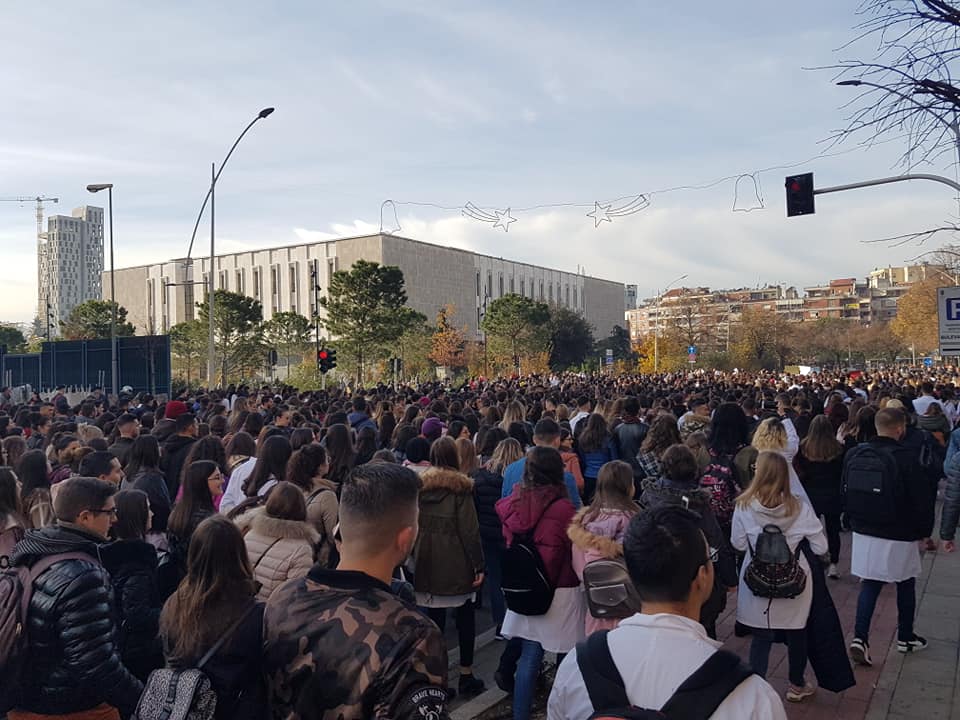 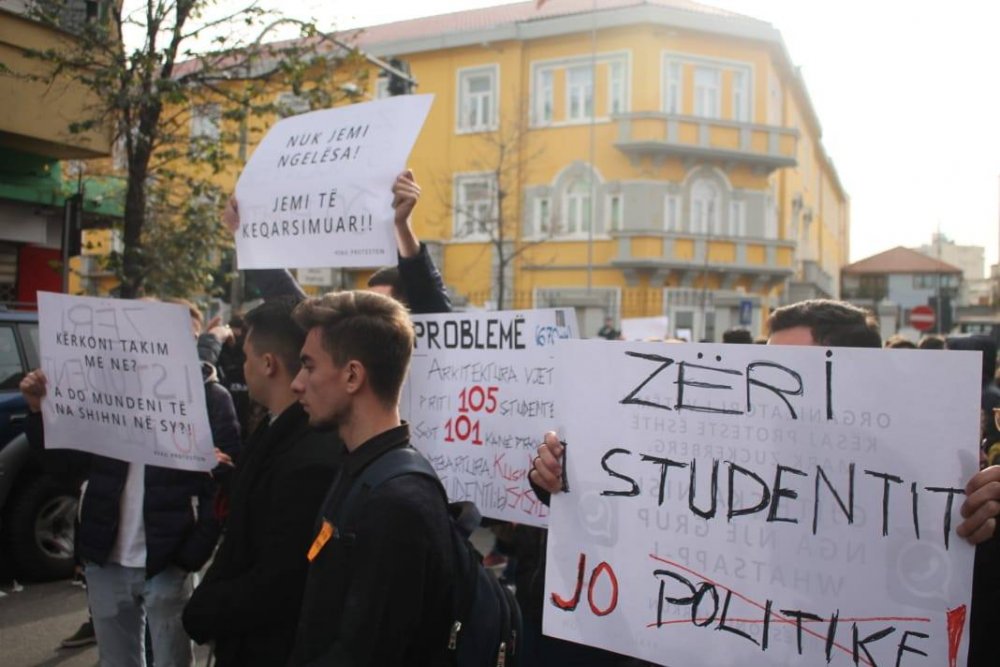 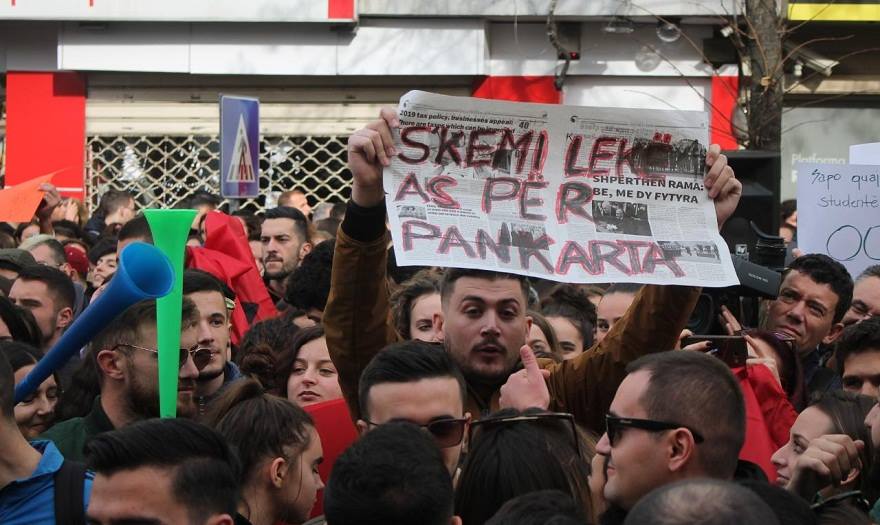 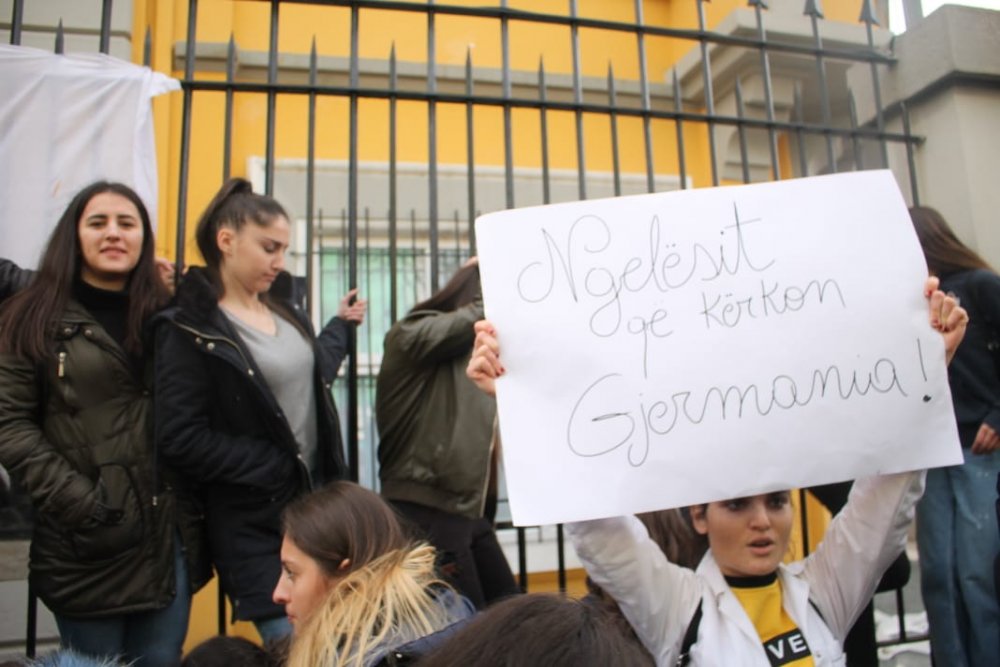 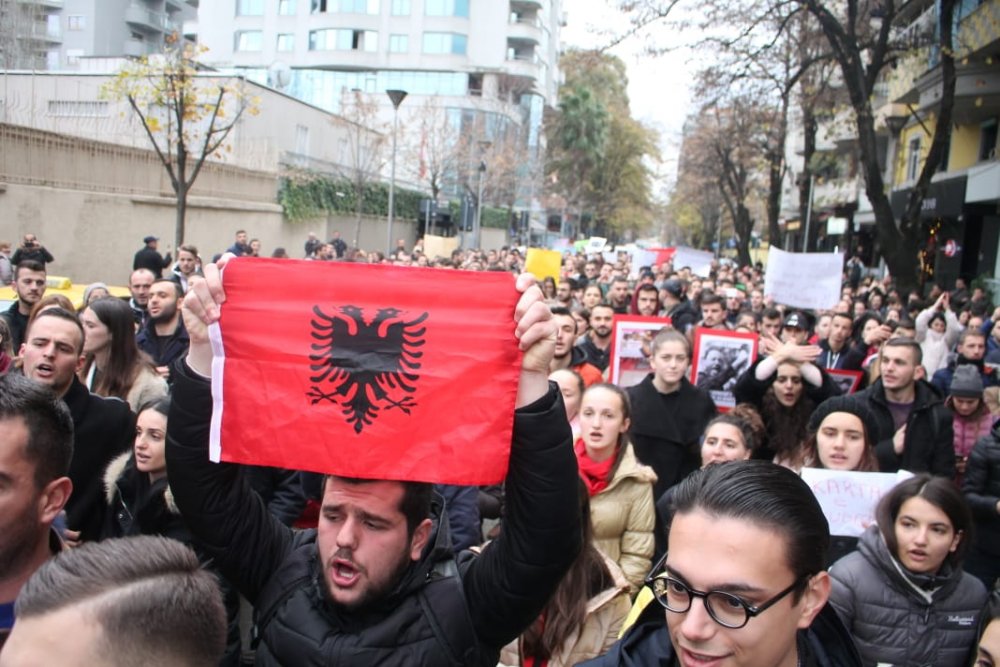 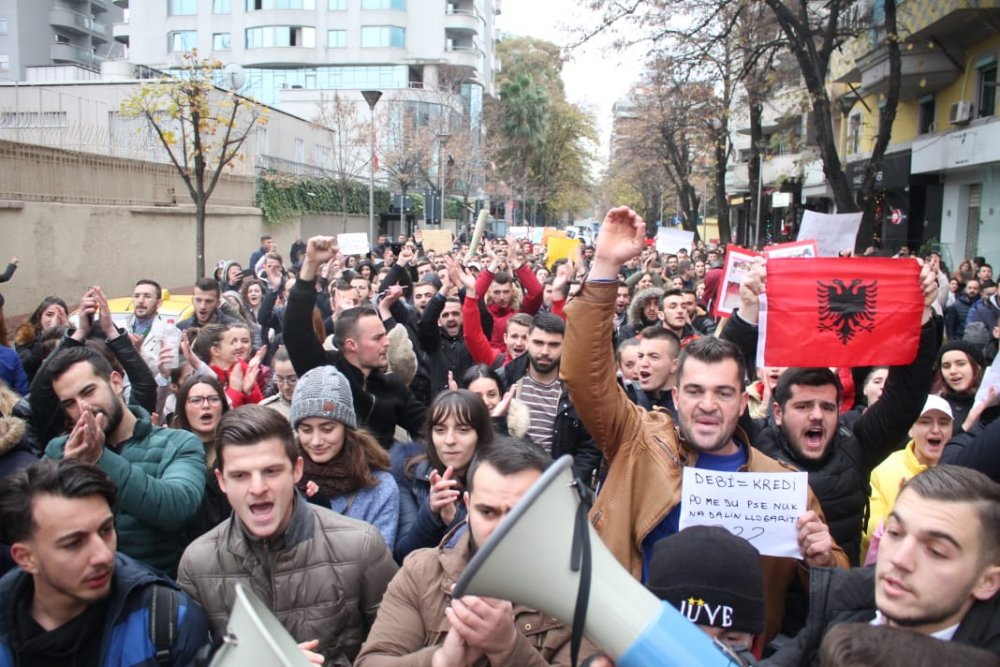 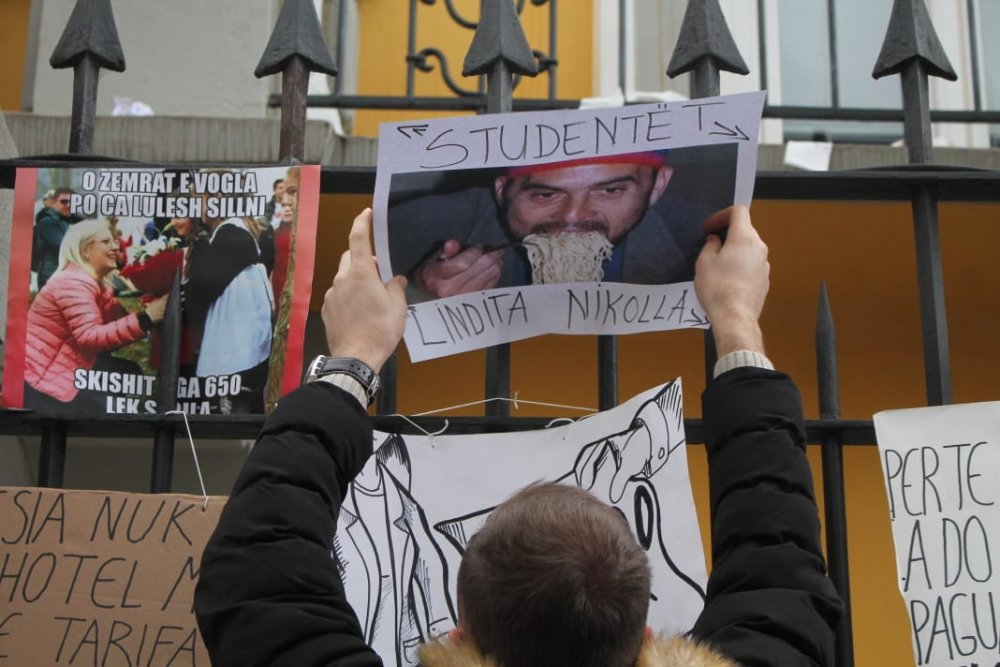 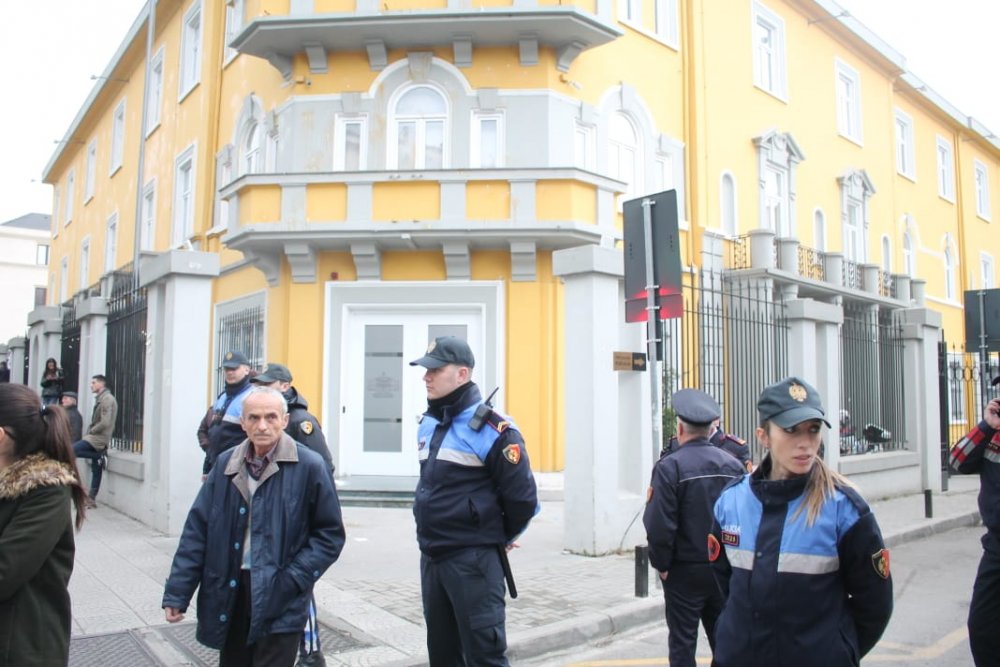 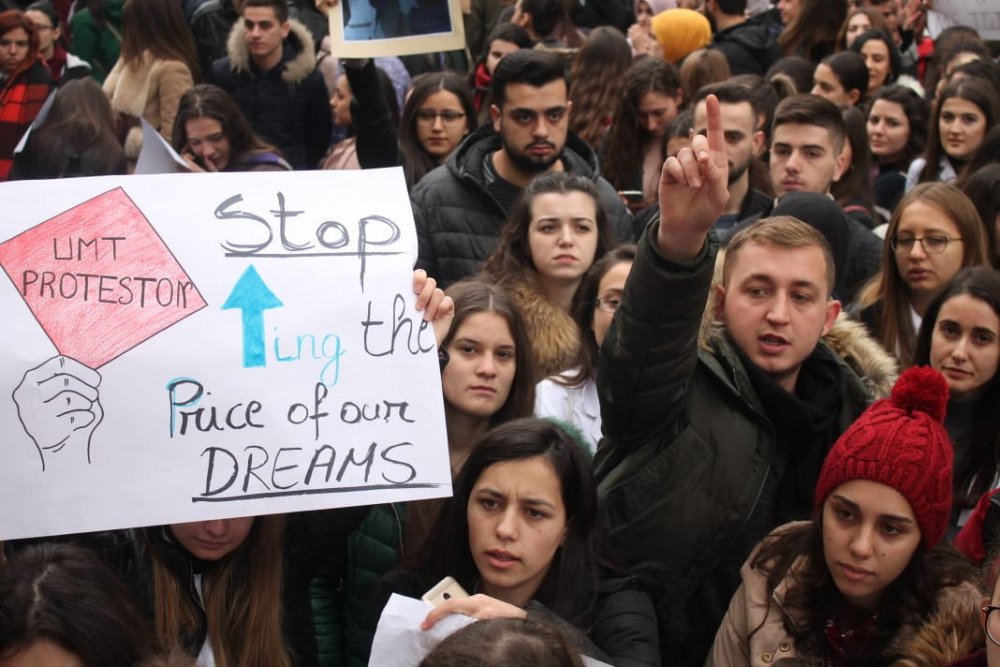 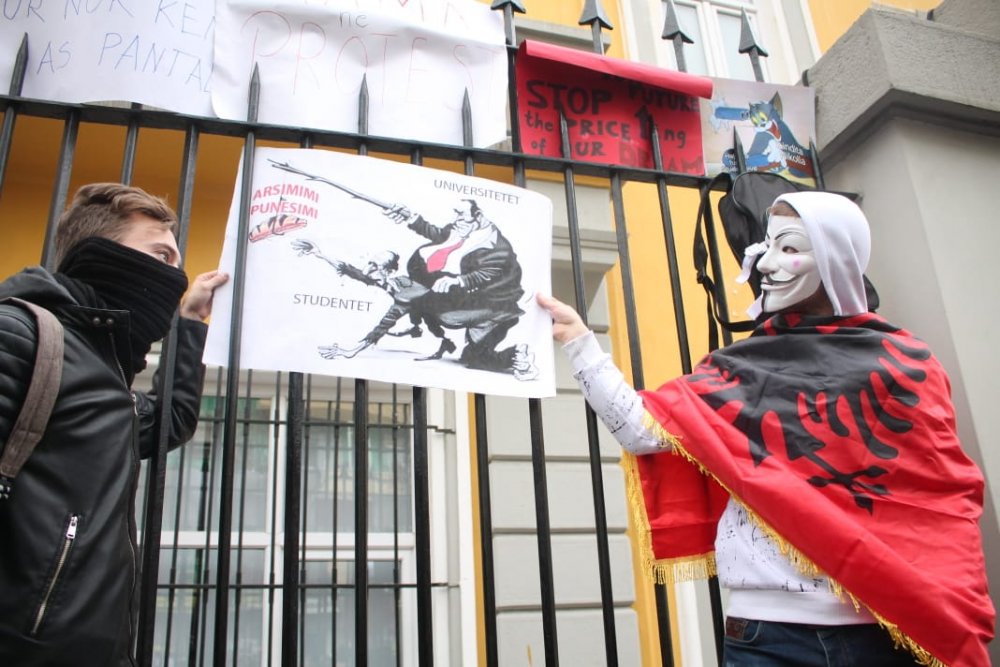