Collapse of 7-story building in Istanbul left at least 6 people dead, over a dozen wounded Havva Tekgoz had been trapped under the rubble for nearly 18 hours, said Istanbul Governor Ali Yerlikaya. So far, three people have died, and 13 were injured, all now in stable condition, according to officials. Following Wednesday’s collapse of the seven-story building in the Kartal district with some 30 residents inside, adjacent buildings were evacuated due to safety concerns.  Yerlikaya, speaking at the crisis desk established near the collapse area, told how Disaster and Emergency Management Authority (AFAD) rescue teams first contacted the girl while she was under the debris and comforted her.  After being rescued, she was taken for treatment at hospital.The governor said President Recep Tayyip Erdogan was closely following the developments and Interior Minister Suleyman Soylu monitored rescue operations until dawn.

On the heels of the dramatic rescue of the 5-year-old, rescue efforts at the apartment are ongoing. "We hear voices coming from the debris,” said Murat Kurum, Turkey’s environment and urbanization minister.  “I hope we quickly reach the wounded there,” he added, expressing condolences for the accident victims and prayers that the injured recover swiftly.

The death toll from a building collapse in Istanbul has climbed to six after three more bodies were recovered, the governor said on Thursday. Ali Yerlikaya added that 13 people have been injured so far. A seven-story building in Istanbul's Kartal district collapsed on Wednesday with some 30 residents inside. Rescue teams are responding to voices from the debris and continuing efforts to reach the survivors. 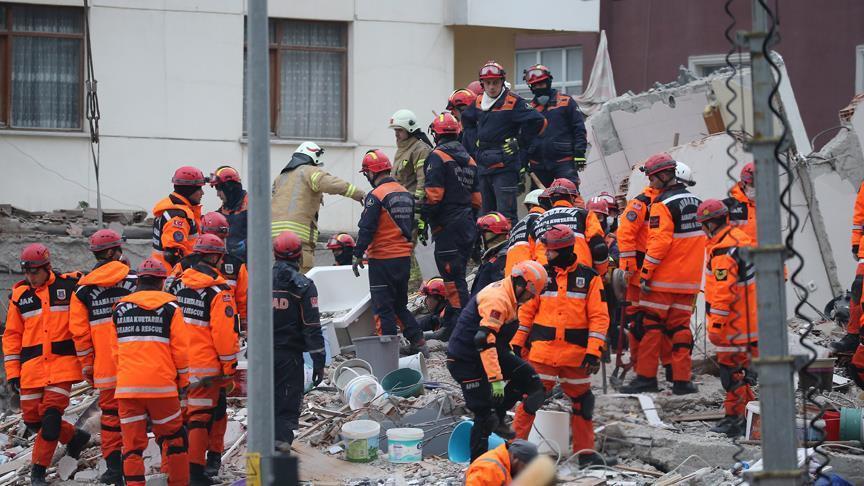