The Islamic Golden Age refers to the period of the 8th century until the 13th century. During this era, the Islamic world produced numerous scholars who contributed greatly to various branches of human knowledge, including philosophy, mathematics, and astronomy. Az-Zahrawi was the father of modern surgery and influenced and changed the entire modern science as we know it today The 10th century saw the zenith of the Umayyad golden age in Andalusia. Under the leadership of ‘Abd ar-Rahman An-Nasir (r. 912-961) and his son Al-Hakam II, this dynasty established sovereignty over the majority of the Iberian Peninsula. The capital Cordoba developed into Europe’s greatest metropolis, a thriving city of half a million, where educational and religious institutions as well as trade and industry flourished in an atmosphere of intellectual ferment.

In 936, An-Nasir began construction of a new capital, Az-Zahra, on the slopes of Al-Arus, a mountain six miles northwest of Cordoba. Intended mainly as a political and military center, the new city became a monument to 10th century Muslim architecture. Its magnificent palaces, residential quarters, and splendid gardens have led some historians to dub it the “Versailles of the Umayyads.”

At the same time, the Andalusian Umayyads provided generous patronage to the arts and sciences, including life sciences. As a result, a large number of eminent physicians were drawn to the capital and added to the advance of Islamic medicine and pharmacy with their writings and research. 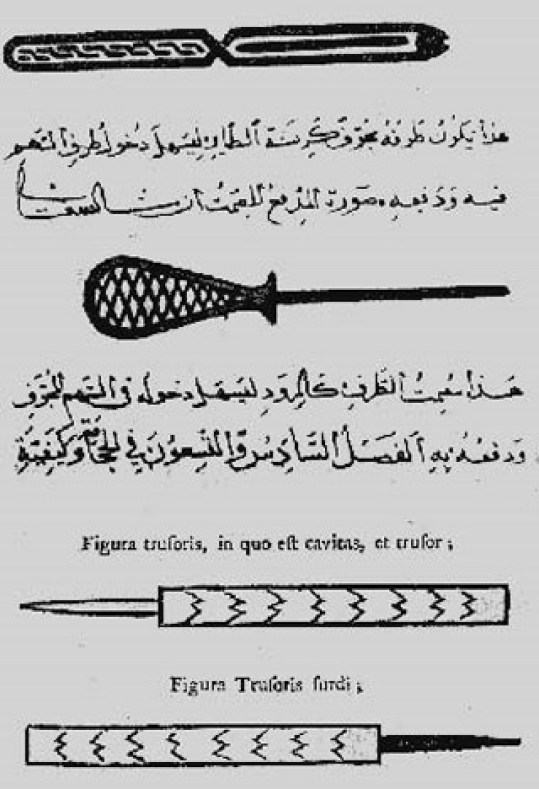 It was in this royal city amidst this atmosphere of intellectual achievement that Abu al-Qasim Khalaf bin Abbas Az-Zahrawi, known to the West by his Latin name Albucasis, was born about 938. He was simply the greatest Muslim surgeon, with European surgeons of his time coming to regard him as a greater authority than even Galen, the ancient world’s acknowledged master.

Medieval European surgical texts quoted Az-Zahrawi more often than Galen. However, because Az-Zahra, the city of his birth, was destroyed in 1011, little is known with certainty about his early life.

Al Humaydi’s Jadhwat al-Muqtabis (On Andalusian Savants) contains the first existing (albeit, sketchy) biography of this great Islamic physician, listing only his ancestry, place of residence, and approximate date of death.

What is known about Az-Zahrawi is contained in his only written work: At-Tasrif liman ‘Azija ‘an at-Ta’lif (The Method of Medicine). At-Tasrif is a voluminous compendium of 30 treatises compiled from medical data that Az-Zahrawi accumulated in a medical career that spanned five decades of teaching and medical practice.

In At-Tasrif, Az-Zahrawi produced a medical encyclopedia covering a number of aspects of medicine with particular emphasis on obstetrics, maternal and child health, and the anatomy and physiology of the human body.

At-Tasrif elaborates on the causes, symptoms and treatment of disease, and discusses the preparation of pharmaceuticals and therapeutics, covering emetic and cardiac drugs, laxatives, geriatrics, cosmetology, dietetics, materia medica, weight and measures, and drug substitution. 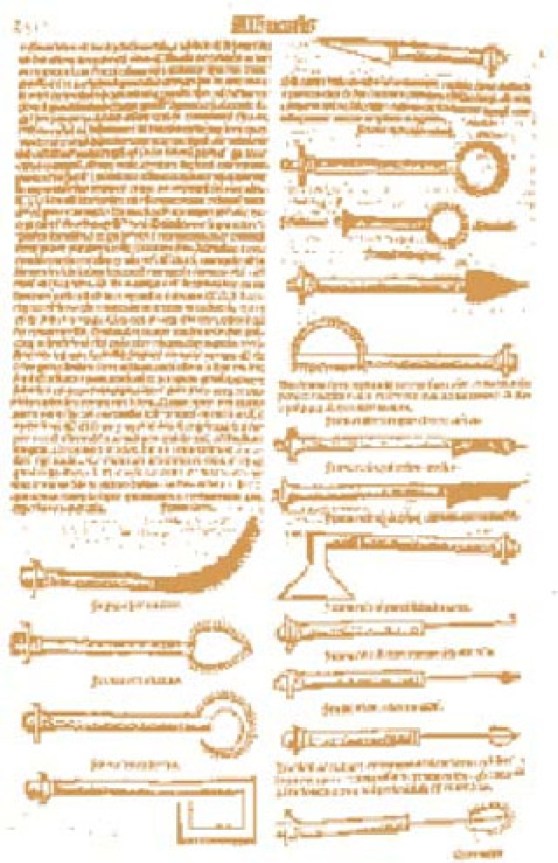 Az-Zahrawi’s discussion of mother and child health and the profession of midwifery is of particular interest in the history of nursing. His text implies that there was a flourishing profession of trained midwifes and nurses in existence during 10th century Andalusia. He and other skilled physicians and obstetricians instructed and trained midwives to carry on their duties with knowledge and confidence.

The last and largest volume of At-Tasrif, “On Surgery,” was nothing less than the greatest achievement of medieval surgery. It was the first independent surgical treatise ever written.

The work covers a wide range of surgical issues including cautery, the treatment of wounds, the extraction of arrows, and the setting of bones in simple and compound fractures. Az-Zahrawi also promoted the use of antiseptics in wounds and skin injuries; devised sutures from animal intestines, silk, wool and other substances; and developed techniques to widen urinary passages and surgically explore body cavities.

Az-Zahrawi is the first to detail the classic operation for cancer of the breast, lithotrities for bladder stones, and techniques for removing thyroid cysts. He describes and illustrates obstetrical forceps, but only recommends their use with deceased fetuses, and provides the first known description of the obstetric posture now known as “Walcher’s position.”

At-Tasrif is also the first work in diagramming surgical instruments, detailing over two hundred of them, many of which Az-Zahrawi devised himself. Many of these instruments, with modifications, are still in use today.

With the reawakening of European interest in medical science, At-Tasrif quickly became a standard reference and was translated into Latin five times. The arrangement of the work, it’s clear diction, and its lucid explanations all contributed to its popularity and great success.

This article was published on Mvslim, written by David W. Tschanz and originally published on Aboutislam.net.