Emir Abdelkader was a leader in interfaith cooperation and dialogue his consistent regard for what would now be called human rights, especially as regards his Christian opponents, drew widespread admiration Abd al-Qadir ibn Muhieddine al-Hasani was born on September 6, 1808, near the town of Mascara in an Algeria that was then part of the Ottoman Empire. Born into a religious family, he wanted to dedicate his life to God and live according to the principles of Sufism (Islam’s mystical dimension), but the role of emir (commander) was thrust upon him in 1830 when the French invaded Algeria. His resistance lasted until his surrender in 1847.

Terrorism can effectively sum up what the emir had to deal with when the French arrived. A Government Inquiry Commission report of 1883 was reported to have said: “We massacred people carrying [French] passports, in suspicion we slit the throats of entire populations who were later on proven to be innocent; the ears of Arabs were worth ten francs a pair and their women remained a perfect prey.” Entire villages, with men, women, and children, were burned to ashes.

But how did the emir respond to such cruelty? By firmly holding on to the laws of Islamic warfare. He was quoted to have said to his soldiers:  “Every Arab who has in his possession a Frenchman is bound to treat him well and to conduct him to either the khalifa or the emir himself, as soon as possible. In cases where the prisoner complains of ill treatment, the Arab will have no right to any reward.“ 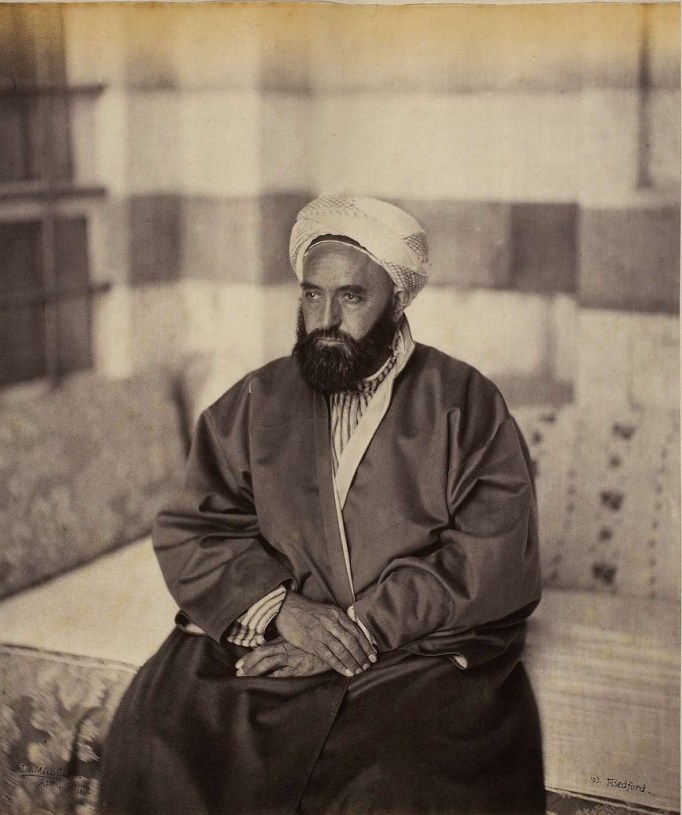 Long before the Geneva conventions of the treatment of prisoners of war, the emir showed the world how to deal with even the harshest of enemies. He made sure that his prisoners had a Christian priest so that they could fulfill their spiritual needs and in one instance even freed some prisoners due to an inability to feed them. What I find most unbelievable is that he protected these very soldiers who had murdered so many innocent Algerians from enraged tribesmen who wanted to take revenge for the deaths of their family members. An eye for an eye did not exist in his world. Thus, many French soldiers converted to Islam and developed a deep love for him.

But it is his protection of Christians from the murderous mob of Muslims in Damascus, July 1860, that is most remembered.

“We were in consternation, all of us quite convinced that our last hour had arrived […]. In that expectation of death, in those indescribable moments of anguish, heaven, however, sent us a savior! Abd el-Kader appeared, surrounded by his Algerians, around forty of them. He was on horseback and without arms: his handsome figure calm and imposing made a strange contrast with the noise and disorder that reigned everywhere.”

For five days and nights he and his band of Algerians neither slept nor rested, battling out in the streets and guiding Christians to his large mansion where they could dwell in safety. By the time they were finished, they had managed to save over 15,000 Christians, the majority of which were the very same European people who had colonized his native land and were in the process of colonizing others. An Arab leader had, with his life, protected and saved the elite of Europe.

He was then conferred the highest French honor, the “Legion D’honneure.” But all he had to say was this: “The good that we did to the Christians was what we were obliged to do, out of fidelity to Islamic law and out of respect for the rights of humanity. For all creatures are the family of God, and those most beloved of God are those who are most beneficial to his family.”

What kind of teachings would have given a man such morals and values that he would risk his own life to protect the lives of the same people who had terrorized his own native land for years? The teachings of the Prophet:

“All the religions brought by the prophets, from Adam to Muhammad, rest upon two principles: the exaltation of God Most High, and compassion for His creatures. Apart from these two principles, there are but ramifications, the divergences of which are without importance. And the law of Muhammad is, among all doctrines, that which shows itself most attached to, and most respectful of, compassion and mercy. But those who belong to the religion of Muhammad have caused it to deviate.”

Indeed, the deviation is in full effect. But I hope with all my heart that the example of this brave man can serve to help to end the radicalization of our Muslim youth, teach something positive to those who malign and attack Islam, and finally, make us proud of our Islamic heritage.