Beyond the headlines in our current times,the “golden age of Islam” in the eighth and ninth centuries was as significant to world history as the Roman Empire was in the first and second centuries with Baghdad at the centre of it all Baghdad: The Beginning of a Strong Story

Present day Iraq stands is historically known as ‘the cradle of civilization’. It’s the place where humans settled for the first time in one place. This was made possible because of the fertile land around the Tigris and the Euphrates rivers. This land, also called Mesopotamia, saw the rise and fall of great ancient empires like Babylonia, Assyria and the Akkadian empire. During the rise of Islam, it was ruled by the Sassanid empire, the last ruler that was defeated by the Muslim army in 638 AD. In the beginning, Iraq constituted a province in the vast Muslim empire but with the rise of the Abbasid caliphate in the 8th century, it became the center of attention as caliph Al-Mansur laid the foundations for his new capital city, Baghdad. This city was to become the center of various rich traditions and cultures for the next five hundred years. We call this era the Golden Age, before being conquered and subsequently ravaged by the Mongol ruler Hulagu Khan, grandson of Genghis Khan.

The Rise of the Magnificent Capital Bagdad:

The design of the city was a marvel in urban planning and called the “greatest construction project in the Islamic world”. Al-Mansur realized that the location on the bank of the Tigris would provide both a bustling metropolis in peace and a strong citadel in war. Well versed in Euclidean principles of geometry, Al-Mansur closely supervised the construction of the circular perimeter. The caliph himself walked on the ground to mark the perfect circle for the outer walls 4 miles in circumference and then laid the first brick after a prayer. The outer walls were fortified and ringed by a deep water channel for extra security. Four gates, equidistant from the center were built which connected with the center via straight roads, providing sentries an opportunity to spot any trouble easily inside or outside the city. A network of water ways called Sarat Canal which connected Euphrates with the Tigris added to the visual value and probably helped the drainage from the city too. The four main roads acted as the main bazaars (markets) for the city. In the center was the royal precinct with the Great Mosque and the Royal palace with the remarkable 130ft-high emerald dome visible from miles around.

As Baghdad was built on the trade route which linked central Asia with eastern lands, it became a trade hub with markets offering goods not only from all parts of the Muslim world but from Europe and far off countries like India and China.
Being the capital of the Abbasid caliphate, it gained a central position in the world. This resulted in drawing all kinds of people to the city, and this ofcourse resulted in an influx of literature and knowledge.

Caliph Haroon al-Rashid set up the famous Bayt-al Hikma (House of knowledge) which became a repository of all the existing knowledge in the world. It’s major achievement was the translation of knowledge from Greek, Syriac, Indian and Persian sources. The House offered an unparalleled study of sciences and humanities not only to Muslim but also to Jewish and Christian scholars and, by the ninth century, it boasted the largest selection of books in the world. Baghdad was now a big cosmopolitan city which, according to Michael Cooperson in his ‘Baghdad in Rhetoric and Narrative’, was the center of the world. Another scholar Abu-Al Qasim’s (11th century) praise for Baghdad goes far and beyond as he says “whichever road you take to Baghdad, you will find beauty herself looking astonished.” 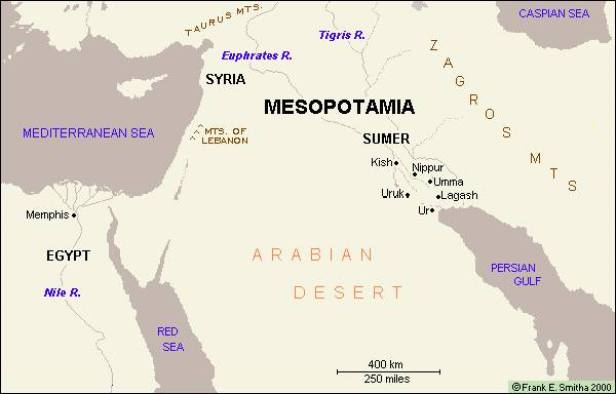 The Fall of Bagdad: internal struggles and external threats

After Harun’s death in 809 AD, his son al-Ma’mun had his brother al-Amin killed in the resulting power struggle. These internal fights sapped the power slowly from Baghdad.
Baghdad was also facing the threat of Mongols from the east since the era of Genghis Khan whose successors were ruling a great part of Central Asia and China.
Hulagu Khan set out to conquer everything in the Middle East up till the Nile in 1254 AD with a massive army of two hundred thousand men. The caliphate in Baghdad was weakened but the pride of the caliph Al-Mustasim was such that he replied to Hulagu’s threats in these words: “You can come with strategy, troops, and lasso, but how are you going to capture a star?” This false pride and stark difference in priorities is plainly visible from the following anecdote. The ruler of Mosul, Badr al-Din received two envoys from both Mongols and the Abbasids with a request. The Mongols had asked hm for catapults and war equipment but the caliph wanted some bands of musicians for Baghdad. Badr al-Din, said on this: “Look at the two requests and weep for Islam and its people!”

On January 18, 1258 AD Mongols encircled Baghdad and so ineffective was the defense of Baghdad that Hulagu’s army spent ten days setting up their siege engines and in the next six days the city walls were under Mongol control. On February 10th, the caliph surrendered to Hulagu in an attempt to save the city and make a deal to continue ruling in some capacity. Hulagu asked him to disarm the Muslim army and march it out of the city. The caliph complied, to the horror of the onlookers, but the unarmed soldiers were then mercilessly slaughtered by the Mongol army. The caliph watched helplessly. After this, the sacking of Baghdad started.
Between two hundred and eight hundred thousand Baghdadis were butchered. The illustrious Bayt al-Hikma was burned to the ground along with other schools, libraries and mosques. So many books were dumped into the Tigris river that it is said that it ran black with ink for miles. The canal system responsible for the fertile fields around Baghdad was destroyed.

When visiting the caliph’s palace, Hulagu asked the Caliph why his house was filled with riches which could have been used to prepare better defenses. The dejected al-Mustasim had nothing to say but: “Such was God’s will”. Hulagu replied: “What will happen to you now is also God’s will”. Hulagu moved his army from the city on 20th February because of the stench from decaying bodies. The caliph met a violent end as Hulagu ordered him to be trampled to death by the horsemen of his army. The only concession was that he was wrapped in a leather sack because Mongols believed spilling royal blood on the ground brings misfortune.

Aftermath:
The fall of Baghdad in 1258 AD was a blow to the Islamic civilization, a major event in Islamic history marking the end of an era of learning and culture. It caused a renewal in Islam which caused it to turn inward causing the rise of Tasawwuf and the sciences of the soul (the meta-physical). This resulted in a rift between the Muslim thought and the physical sciences, a rift which is evident to this day. Clock Towers: An Ottoman Heritage from the Balkans to the Middle East
Facebook
845.7B
Twitter
0
POOLAll Pools
PRAYER TIMES