President Recep Tayyip Erdogan says Turkey does not have eye on other countries' rights, laws, territories

"We will never allow attempts of extorting natural resources in Eastern Mediterranean by excluding us and the Turkish Republic of Northern Cyprus," Erdogan said at the delivery ceremony of third ship of MILGEM -- Turkey's first indigenous warship program -- to Turkish Naval Forces in Istanbul.

Erdogan said those who thought they could take steps contrary to Turkey in the Eastern Mediterranean or Aegean have started to realize they made a "huge" mistake.

"We do not have an eye on countries' rights, laws, and territories. We only protect the rights of our country and brothers," he added. 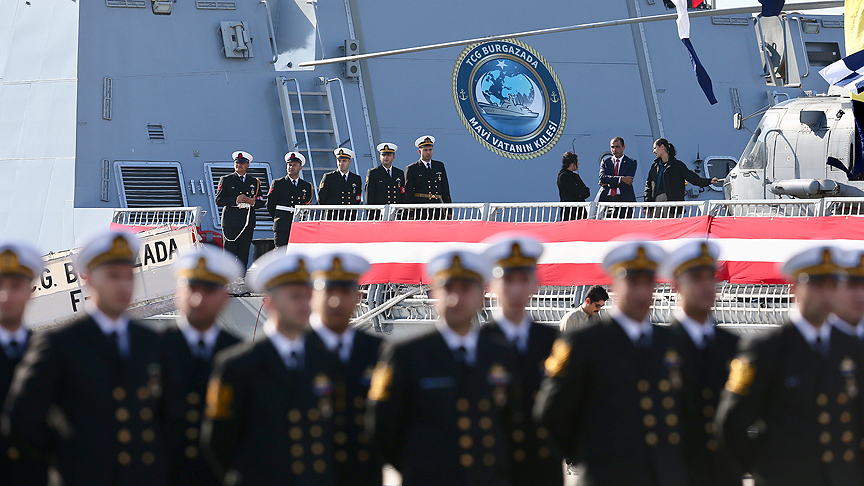 Turkey has consistently contested the Greek Cypriot administration’s unilateral drilling activity in the Eastern Mediterranean, saying Turkish Cypriots also have rights to the resources in the area.

Erdogan also said Turkey has decreased its foreign dependency in defense industry from 80 percent to 35 percent. 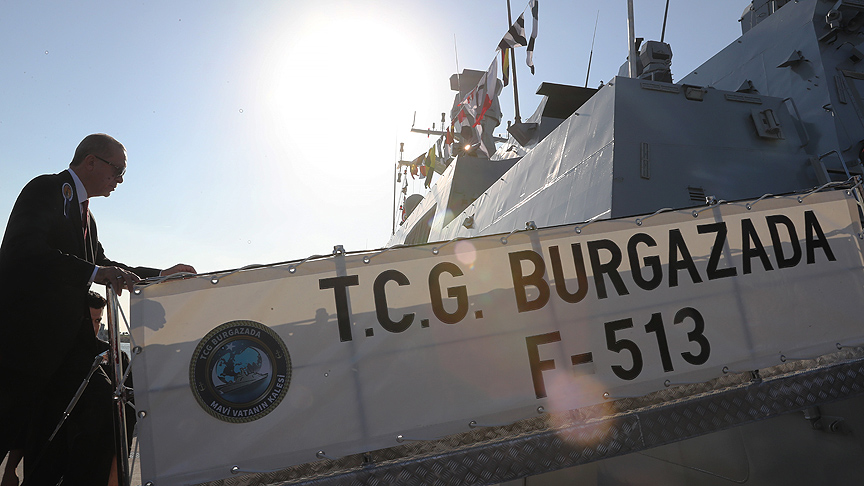 Also speaking on the occasion, Defense Minister Hulusi Akar said any project, which Turkey is not part of, in the Aegean and Mediterranean does not have a chance to survive.

Third ship of MILGEM, named Burgazada, is a corvette which can pass the speed of 29 naval miles per hour and has a length of 99.5 meters and width of 14.4 meters.

The corvette can reach to Gulf of Aden in five days with its maximum speed.